Things I hate about Paris

Ahhh Paris. Millions of people dreaming to live in this city of light. All of you are mesmerized by her beauty you saw on movies. Well, after lived there for 30 months, i know very well those are not entirely true. Don't get me wrong, i love this city so much, I willing to do anything to be back. I can write hundreds of good things about living here. But meh, that's not fun. Just saw the movie or read other people blogs. Here i wanna show you the different side of living here. The things i hate, things that make Paris,.. Paris. Btw, you should read a book A Year in Merde by a Brit who work in Paris for one year. I laughed so hard all people in the bus afraid of me.


It's all about money
But you know what really piss me off about living here? The Parisian. Not all of course, only 99% of them. And here are the best three putain de merde jambon connard chien moment:

This 2 words 7 letters sentence is the best words to express how the Parisian doesn't give a fuck. Go to any government office, or when ask direction to someone, 99,99% chance they will say this magical word. It means "I don't know" and they just don't want to spend their precious 5 seconds in their life to help someone in need. Why? Sais pas.

This is Parisian mantra. There's big chance they combine with "sais pas". When I asked for UK Visa, i forgot to bring one document. I said i will be back in one hour, but they said i have to make new appointment next week. I said impossible, because i already bought the ticket. And what they said? Those mantra. That's not my fucking problem. The French doesn't want to be disturbed, even that's their freaking job. Other case, I didn't received my housing scholarship for A YEAR. And I have to call and send letters hundred times, screaming, go to their office every day until they sick of you. Or when i want to go back to Indonesia, i only have one hour transit in Dubai but I have to collect my luggage first. I said impossible, the gate must be already closed when I get there. And do you have any damn idea how big Dubai airport is? What the lady said? The more polite version, "c'est pas notre problem”. It's not Air France problem, ask Emirates. After spent one hour screaming to manager, finally it's done. And remember, i used French. What? You can't speak French? Well...fuck you. C'est pas mon problem.

And now, behold. The king of assholeness that can turn you from the Pope to Hitler in just one second. THE PARISIAN SHRUG. 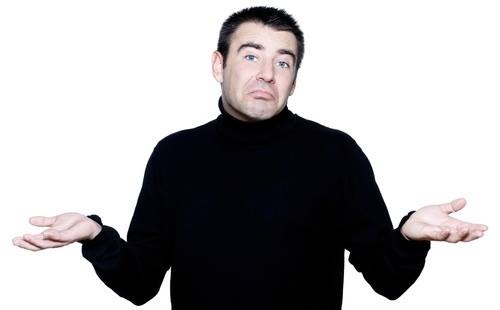 Actually this is simple way to say, "i don't care". But the Parisian evolve it to whole new level. Combine it with two sentences above then congratulations! You are now officially a Parisian! A lost tourist ask you for direction? Say to him, "je sais pas, je parle pas Anglais, c'est pas mon problem" while do the shrug. BAM! Or you can add saying BOF (like bfffff) in the end. At first I was amazed how a human being can show an ultimate version of "i don't give a fuck". For several months, i was so mad that the only thing I didn't punch them in the face was because I was afraid being deported. But then as I become more Parisian, i do it regularly, and holy boules de cannard, I love it! Could you please help me bring my groceries? Desolee, i'm busy. Do the shrug, and just walk away.

Damn, this is perfect Parisian shrug. Notice the lips, the eyebrow, shoulders, hands, all create a perfect symphony of "I don't give a shit". Bravo!

But still, living in Paris was the best time in my life. I miss that city so much. And the Parisian is not all that bad. Everytime I meet Parisian tourist, we become best friend in seconds. I lived for a while in Vienna and Berlin, but for me, Paris is still the best. The city is so colorful, full of life, so many cool events, you never get bored. If one day i become rich, i wouldn't mind live there one more time. Paris, tu me manques :(
Comment Form is loading comments...